Colorful punks, hippies, and kissing couples in a sea of Trabi cars, flapping flags carried by demonstrators at Alexanderplatz in East Berlin, tipsy drinkers at their local pubs and law-abiding citizens waiting patiently at bus stops: Harald Hauswald’s gaze is authentic and tender. His images radiate a sympathy for the objects and people he photographs, preserving their dignity and setting them apart from the surrounding decay.

In contrast to the West’s prevalent images of East Germany as a country defined by the Communist party, the Berlin Wall, and military parades, Hauswald’s photographs offer a unique and revealing insight into everyday life under communism, showing the evolving cityscape of East Berlin. He also documented the activities of opposition groups, of which he was both an observer and a participant. This led to his being placed under surveillance by around forty Stasi informers. In 1985, the Stasi issued an internal warrant for Hauswald’s arrest on the grounds of anti-state activities, violating exchange-control regulations, and passing on unclassified information. The contents of his Stasi file are woven into the exhibition, which allows for a dialog between historical documents, photographs, and Hauswald’s artistic work.

As a co-founder of the photographers’ agency OSTKREUZ, Hauswald is one of the most important figures in German photography. In recent years, over 7,500 of his negatives have been conserved and digitalized by the Ostkreuz Association for Photography, supported by a major grant from the Federal Foundation for the Study of the Communist Dictatorship in East Germany. The images shown in Harald Hauswald . Voll das Leben! Reloaded are invaluable as visual documents of East and West German history. Due to popular demand, C/O Berlin is once again showing the exhibition, which showcases approximately 250 photographs taken between the late 1970s and the mid-1990s.

A childhood in the GDR and its consequences.

Harald Hauswald (b. 1954 in Radebeul, Saxony) is one of the most eminent East German photographers. Together with Sibylle Bergemann, Ute Mahler, Werner Mahler, and others, he founded OSTKREUZ – Agentur der Fotografen, a photographer-run agency. After completing a traineeship to become a photographer, Hauswald moved to East Berlin in 1978, where he worked as a telegram carrier in Prenzlauer Berg and for the Stephanus Foundation, among other jobs. From the early 1980s, he regularly published photo-essays in West German periodicals including GEO, Stern, Zitty, and taz, at first using a pseudonym and later under his own name. His work has been shown in over 250 solo exhibitions across Germany, the United States, France, Italy, the Netherlands, and elsewhere, and has been published in diverse publications on East Berlin and everyday life in the GDR. He was awarded the Order of Merit of the Federal Republic of Germany (1997) and the Einheitspreis – Bürgerpreis zur Deutschen Einheit (Citizens’ Award for German Unity, 2006). Harald Hauswald lives and works in Berlin.

Children's guide
Expedition into the world of photography

See, marvel, and discover the exhibition at C/O Berlin together! The exhibition is accompanied by a free children's guide for young explorers between the ages of 8 and 12.

In the exhibition Harald Hauswald . Voll das Leben! Reloaded, we see images from the past, when Germany was still divided into West and East. Photographer Harald Hauswald lived in the East and took many photos during that time. So we can learn a lot about a country that no longer exists! How it was back then, how it looked in the GDR and why Harald Hauswald got into trouble with the government, we learn in the exhibition.

In a playful and humorous way, children can thus go on a search for clues and puzzle hunt. Available free of charge at the box office at C/O Berlin. Children and young people under 18 receive free admission.

An accompanying publication has been published by Steidl, edited by Felix Hoffmann for the C/O Berlin Foundation. 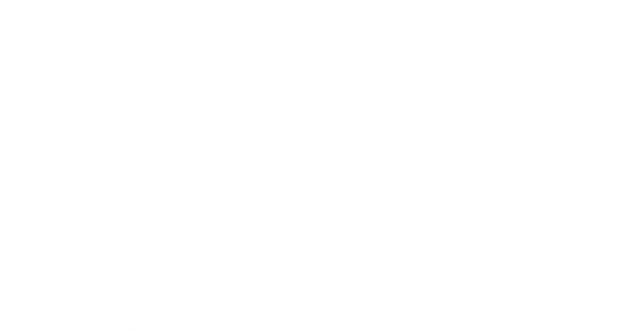